Perspective is everything, right? 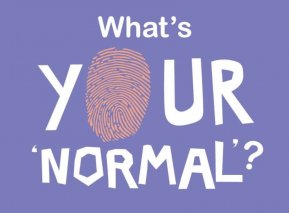 Today I went to my ear doctor and figured since I was there, I should ask about ear plugs that are better than what you get at the drug store. So I mentioned that I swim 2-3x a week and do triathlons. This had not come up in previous visits. She asked me how long of a swim I was doing (since I mentioned I had one coming up & wanted to get my ear problem fixed before then). I told her the swim was just under a mile, but that I had done the Half IM swim back earlier this summer as well.

Finally she said, “…WOW! those are real triathons!”

It’s easy to forget that most people DON’T swim regularly, don’t train for swims, or do triathlons at all. We’re a strange bunch. But it was a good reminder that even on days I don’t feel like a badass, it really is pretty cool that I can swim a mile. I wanted to jump off the table & say “Yessssss, I get it, I might not look like I can do that but I can!!” It was one of those moments where her medical degree and my triathlon experience felt equal. Sometimes there’s a big disparity between a doc & a patient…like they are so much better than you. I could almost feel the equality gel between us, nearly tangible. It almost made her more willing to help me with the ear plugs now that she knew I wasn’t just piddlin’ around in the water. I was a “real” athlete so she should give me some legit options with my ears. It didn’t make me mad or offend me, but I did notice the dynamic between us shift a bit. Very interesting. I’m guessing that as a female ENT, with a very pretty presence (hair, makeup, heels, thin, kinda’ sparkly) she has felt that exact shift once or twice herself.

I def left there feeling awesome about myself. Own that badass $shit about yourself! Anything that makes you feel powerful, strong, resilient, and a badass….own that $shit every single day!

So I left with a cheap pair to try out before doing custom plugs that are almost $200. I’ll see how it works! Hopefully that will help with my ear issues. In the meantime, I’m gonna’ own it! =) Hope you do too!